The Whittaker Centre was opened by Councillor Ron Whittaker in January 2012 after a refurbishment of the room.

Mrs Wyatt decided to name the room The Whittaker Centre after Cllr Ron Whittaker because he had given so much time to the school over the years.

The room is used for After School Club, Breakfast Club, music clubs and Tenshi Karate also use the room in the evenings.

Councillor Ron Whittaker was born in St. Clements Road, Boscombe and lived and worked all his life in Bournemouth.

Ron started his working life on the railways, being promoted to footplate fireman on Steam Trains.  Then he went on to establish himself with a 26 year career in The Dorset Ambulance Service.

Ron was first elected as a Councillor to the Throop and Muscliff ward in Bournemouth (then known as Moordown North ward) in 1971.  He  held the seat continually for the 40 years. He was also elected to Dorset County Council in 1973 until the reorganisation of local government in 1997.  Ron was proud to have been elected as the Mayor of Bournemouth in 1993/94.  Ron met his lovely partner Jackie when he was Mayor.

He was Governor of Muscliff Primary School from when Muscliff officially opened in 1997. He stepped down from this role in 2015 due to ill health.  Sadly, Ron passed away in 2016.  The school are hugely grateful for his support over the years.

Ron had a love of steam trains. 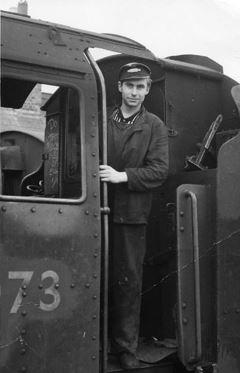